In Africa, daily temperatures can reach 40° C and stay there.

Land Rovers can easily withstand these conditions but their owners can’t.

To strengthen the relationship that Land Rover has with its customers and to promote the spirit of adventure, which is at the core of the brand, they were mailed a cap which both offered protection from the sun and a water filter.

A special mesh lining meant that water scooped up by the cap flowed through to the drinking nozzle, but preventing particles and dirt from passing through.

Over 500 caps were distributed. The cap has had 83% more brand recall than traditional promotional merchandise, helping to keep Land Rover as the most desired 4×4 in South Africa.

The cap also won a Pencil at D&AD, a Bronze at the Loerie Awards and a merit Award at The One Show. 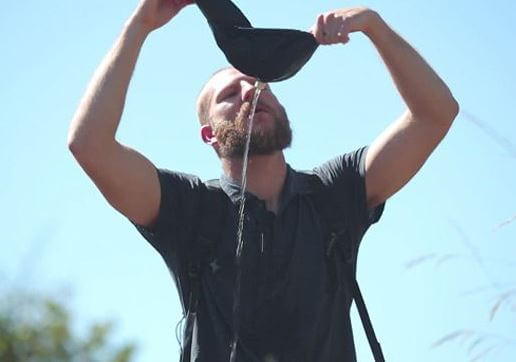 Direct marketing has long known the value of a ‘free gift’. Psychologists say that the subconscious response to receiving a present is to want to please in return. The only problem is, nine out of ten ‘free gifts’ are so worthless as to be meaningless.

The bottle cap, by contrast, is completely relevant to you if you’re a Land Rover owner and you live in hot parts. It flatters you by suggesting you are a rugged adventurer; and charms you by coming with no wheedling notes about test drives and finance deals.

It doesn’t take much to get your customers to become brand devotees. It just takes a bit of thought and a tiny bit of investment.

Rover owners trade in an old one for a new one.