After a 10-year partnership, Samsung decided to relinquish its sponsorship of Chelsea Football Club.
Chelsea needed to find a new long-term partner.

Idea
33 briefcases were delivered to the CEOs of 33 potential sponsors.
To get the time and attention of some of the busiest people in the world, the contents of the aluminium case had to be spectacular.
In the lid of each case was an iPad, showing film starring the CEO recipient.
In addition the recipient had a Chelsea shirt with his/her name on it.
And to give a feeling of what it was like being associated with winners, a League Winner’s medal. 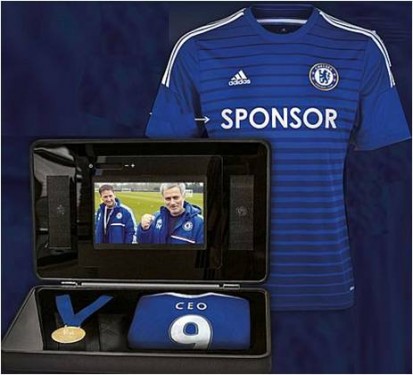 Results
There was 100% response. 3 brands went to the final round of bidding.
Yokohama Tyres signed a deal worth £200m over four years.