The European membership warehouse club Costco was opening its 26th UK warehouse in Hayes, West London, and wanted to maximise membership of the new store. Knowing that the success of the launch relied on optimising mail and door drop, they created a highly targeted media plan that attracted the right audience from the right geographic area.

While new prospects were mailed twice, door drops covered all targeted audiences up to three times. Behavioural and timing insights from previous campaigns showed that those touched multiple times by mail and door drop had higher response rates, which guided the ideal media mix, frequency and timing.

Hayes was the most successful Costco opening to date. The mail and door drop campaign generated a first-day ROI of 3.7:1, with 63% of new members recruited before opening day. This led to Costco increasing its investment in mail and door drop by 12% annually. 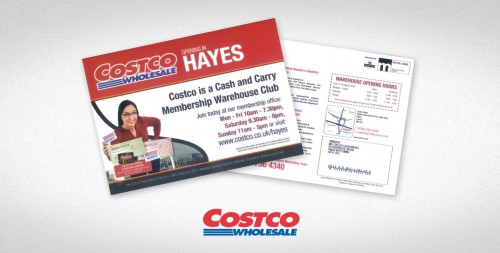