Background
Uhmpang hospital had noticed that well-to-do city-dwellers tended to have a lot of unused medicines and prescriptions. Those meds could be used by less well-off patients.

The challenge was to bring the two together, the discarded pills and the people who could use them.

Idea
Being poorly-funded, Umphang Hospital needed a platform idea to help them recruit free medicines from as many people as possible.

The solution was to forward the meds.

When medicines were dispensed by the pharmacies, they were placed in a paper bag. What if the bag doubled up as an envelope, which could be mailed back to Umphang Hospital with any leftover pills or treatments?

The Cure Pack was distributed to hospitals and pharmacies around Bangkok.

Results
Over 100,000 packages of the Cure Pack were produced at a cost of less than $6,000 USD. The average cost was only $0.067 dollar/person but the medicine sent back was beyond price. Returned meds have already helped over 25,000 patients at Umphang Hospital. 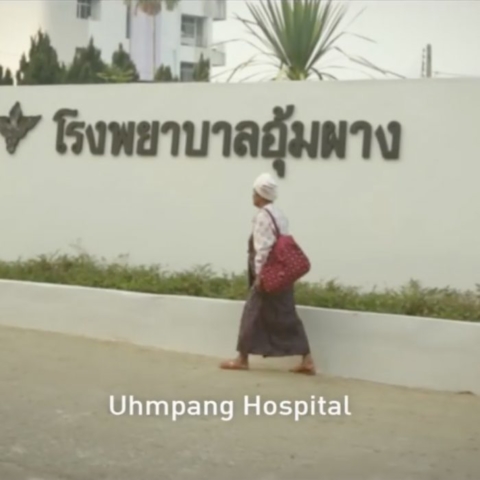 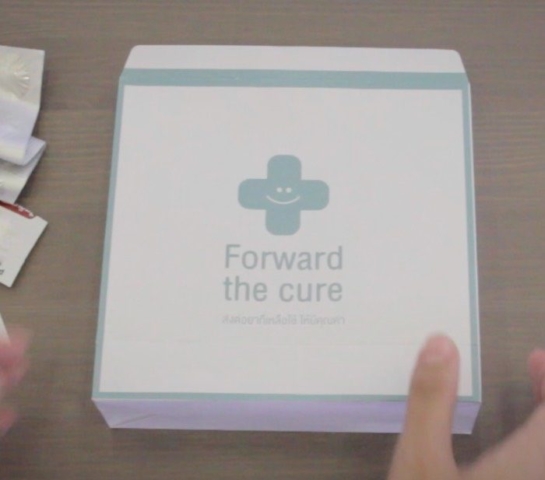 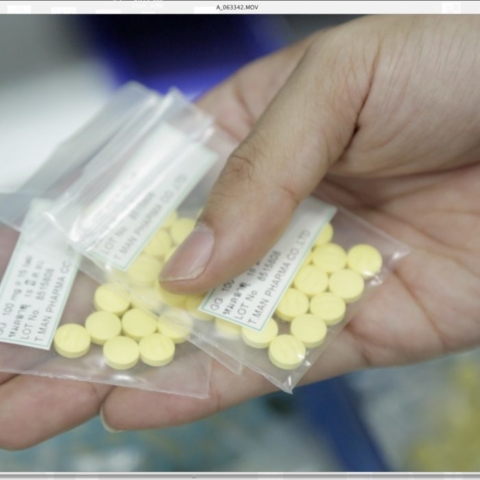 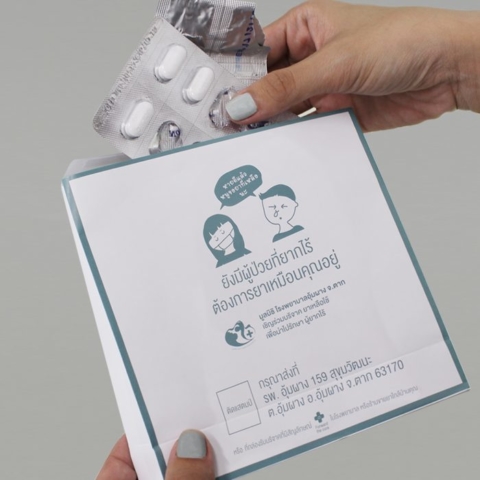 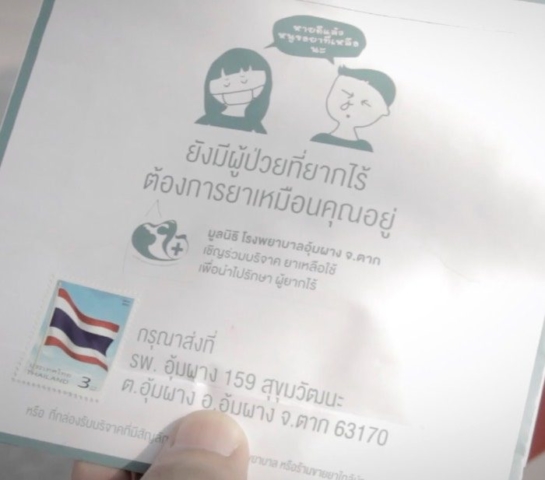 When people picked up their meds, they were invited to use the packaging to mail any unwanted pills and treatments on to Umphang Hospital. Doctors sorted through the various pills, keeping those that could still be used.

A lot of people think mail is all about customer acquisition even though all the massive revenues coming to Post Offices worldwide right now come through fulfillment. Amazon, eBay, they have been keeping the postman employed. But here is a completely new spin on what mail can do. Mail as a recycling engine. Mail not as a B to C or B to B medium but transformed into a C to C conduit.

In the digital space, I often say that an idea needs to be ‘useful, usable or delightful’ if it is to be at all relevant. Here is an offline idea which, because it is both highly useful and usable, is also delightful.