Amgen is one of the world’s leading biotechnology companies, constantly in search of therapies that will improve the lives of those who suffer from serious diseases such as Osteoporosis. This is a degenerative condition in which the bones become fragile and brittle, their strength reduced by as much as 40%. The condition affects one in three women over the age of 50. Working in collaboration with AFLAR (Association Francaise de Lutte Anti-Rhumatismale) Amgen wanted to raise awareness of the condition and let potential sufferers know that early screening could help deal with the problem.

A collection of four porcelain plates was created, each made with a porosity 40% higher than normal, thus making them as fragile as a bone affected by osteoporosis. The plates, which broke upon the slightest contact, were decorated with images of the bones most likely to fracture as a result of the condition. Plates were boxed and mailed to influencers with the following message:

Untreated, osteoporosis makes bones as fragile as this porcelain

2.4 million people were reached by media and social media, including the idea being shown on a major TV show in France, ‘La Nouvelle Edition/Canal+’. Screening requests have increased though exact numbers are not yet known. 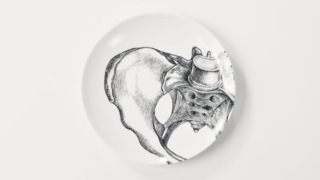 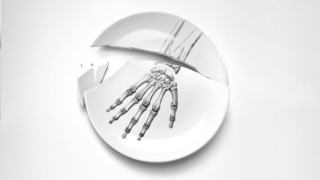 When you’ve got a great idea but very little budget, what do you do? Well, in this instance you turn to influencers to help you reach your audience. What they did was to share their experience of the plate that shattered at the slightest touch. And they gave all their followers a link to the video for them, in their turn, to share.

While mail and PR may look as if they are made for each other, remember that influencers are constantly bombarded by brands hoping to get their attention. To get them even faintly interested, you have to be clever and interesting yourself. And that’s exactly what this idea is: clever and interesting.