IBM was finding it increasingly difficult getting people to attend its seminars and conventions.
Fewer and fewer wanted to travel and spend time out of office or home.
So getting them to come to a new office opening seemed a task that had disaster written all over it.
That was until Ogilvy came up with an invite with a difference. 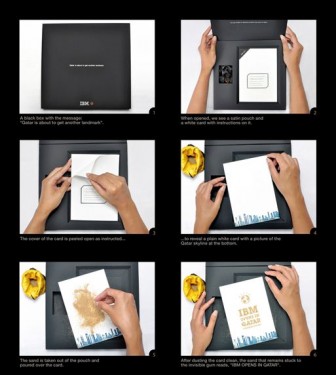 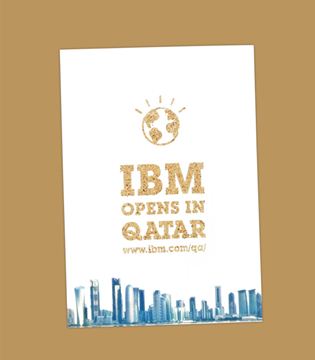 What invitees got was a large black box that contained a pouch of sand. Yes sand.
The TA was instructed to pour the sand onto the enclosed plain white card and then read the message that appeared on it.
How it worked was – the sand when poured and dusted off, got stuck to invisible gum on the white card, and revealed a message – “IBM Opens in Qatar”. An interactive device relevant to the desert city of Qatar.
The task was very successful and had high recall. 340 invites were mailed out and 125 respondents attended.
A 40% response rate. The entire exercise is now going to be replicated in other Middle Eastern markets.