Up to 100.000 people in United States prisons are innocent. In many cases, DNA evidence that could prove their innocence is being ignored.

Solution
In order to promote fair access to DNA testing and put DNA directly in front people we took DNA from wrongfully convicted prisoners and turned it into ink. We then placed eye-level wild postings created with ink containing DNA evidence in high-traffic areas in major cities throughout the country, making their DNA evidence impossible to ignore.

Supporters were driven to a website where they could donate their name, and a letter written with DNA was sent to the governor on their behalf. The ink in our campaign didn’t just state these prisoner’s innocence , it could be used to prove it. 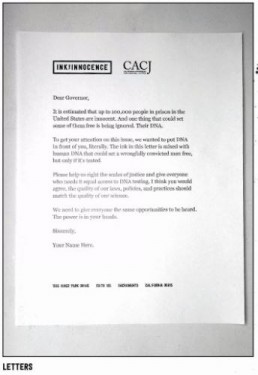 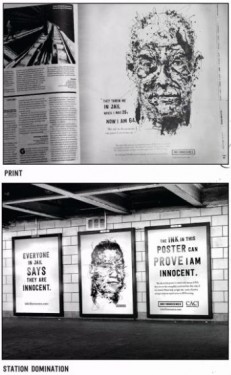 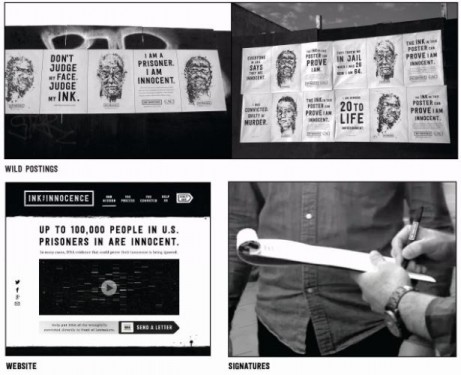 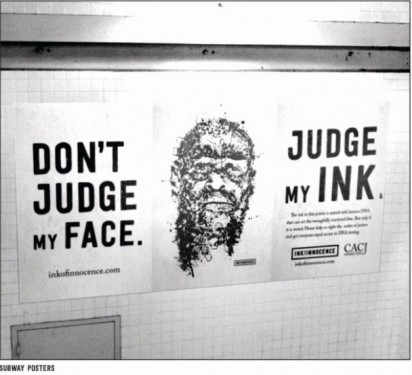 Results
Up to 100.000 innocent prisoners now have hope where there was none before.Over 8000 letters written with DNA evidence were mailed to the governor of California and donations rose upwards of 200%. The DNA evidence that can be used to set them free now has nationwide awareness, and DNA has been put directly in the hands of lawmakers who an exact change.