In order to survive in a market dominated by global brands like Ohropax or cheap unbranded products, the earplug producer Killnoise needed to be positioned as the high class premium brand in its segment.

Killnoise mailed its best customers something that dramatised the product’s key competitive benefit. These earplugs did not just reduce noise, they killed it. In a wooden ammunition box, each Killnoise earplug was packaged like a real bullet. 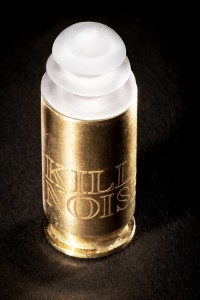 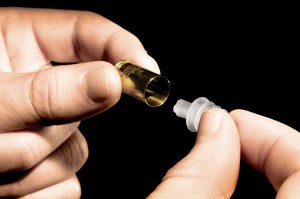 Traffic to the website increased and the sales grew more than 10%. In its core target group of musicians, Killnoise’s reputation was strengthened as the premium brand for ear protection.

What is amazing about this is that there is an earplug market at all! You don’t think of earplugs as being brands. But the moment you do then you must also accept that every market is a fight to the death. Kill Noise seems to have a stronghold in the world of rock music and so that’s where they spent their money in order to earn it.

It’s funny (I think!) that the rock industry goes about its business blocking its ears to the music it makes. But if you’re a roadie or a stage-hand, it makes perfect sense.

If you’re a rock legend, then the mailing makes perfect sense as well. It reeks of rebellion and attrition. Also, you are probably the only person to think $7.99 for a pair of earplugs is good value.