After getting the chop from their comfy advertising behemoth, Ben & Graeme wanted to get
their portfolio and their personalities in front of their favourite ad agencies.
Every creative team has a website, but they wanted to do something a bit more tangible.
The aim was to get noticed and push to the front of the queue to see these very busy ECDs. 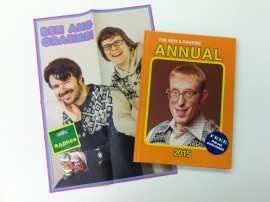 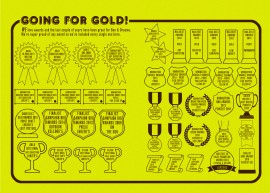 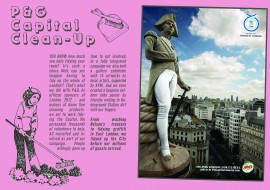 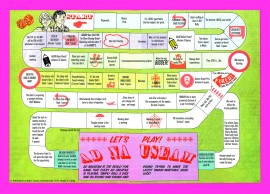 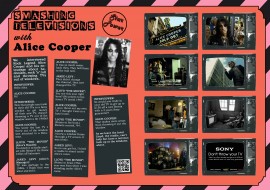 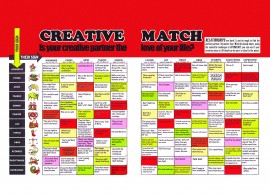 Idea
As it was Christmas they gave the most stereotypical gift after socks – the humble annual.
But not One Direction, The Dandy or Smash Hits. No. They created The Best of Ben & Graeme Annual 2015.
Designed in the style of a 1970s Jackie Annual it came with a set of Ad Badges and a pull out poster.
Inside the annual itself was the best of their work. TV ads were presented like articles.
Print and outdoor campaigns were decorated with graphics. Information about the team was also presented in cunning ways.
The ‘clients’ section was a word search, the awards section had icons for each award.
And the ‘How to make a scrapbook’ guide contained all of their PR press cuttings.
The 94-page annual also included some ‘persuasive’ horoscopes, a ‘creative partner suitability test’
and an amusingly doctored photostory of the story behind the annual itself.
There was even a board game called Ad Nauseum.
All of which showed off their talents, their weirdness, their attention to detail and
the fact that when they have an idea they craft it to within an inch of its life.

Results
7 out of the 15 agencies mailed have responded so far and four interviews have already been scheduled.

Our thoughts
Ben & Graeme’s work has featured before in Directory.
What I’ve always liked about these guys is they do Direct Mail as well as TV, online and ambient.
In other words they aren’t the sort of advertising snobs that clog up too many creative departments.

Their work bears this out.
DM for the IPA but an equally witty TV/video script for Sony and a great Olympics campaign for P&G.

I have seen other creative teams try this sort of ‘book’ approach but this is by far the most absorbing.
So, any creative directors out there looking for a team who won’t give you the same-old same-old, look no further.