Smart wanted to remind potential customers and people who had expressed interest in the car about Smart’s leadership in functional automotive design. The task was to show in an equally smart and compelling way that the brand is the epitome of functional design.

Idea
Co-operating with Greek artist Katerina Kamprani, the idea was to show what the opposite of Smart design looks like. ‘Unsmart Design’ showcased three completely useless and non-functional design ideas in print and out-of-home media. Direct mail was used to reach opinion formers and influencers in the automotive press as well as targeted customers. 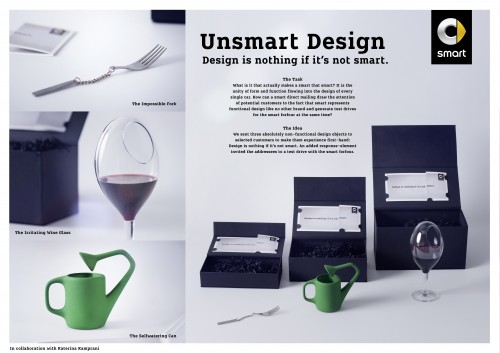 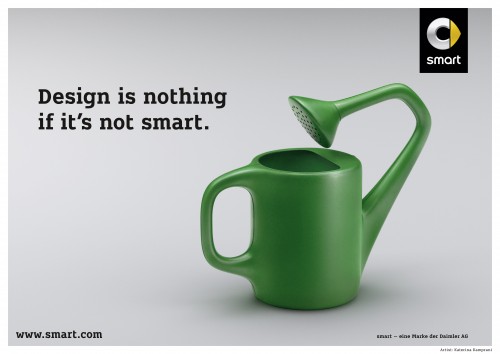 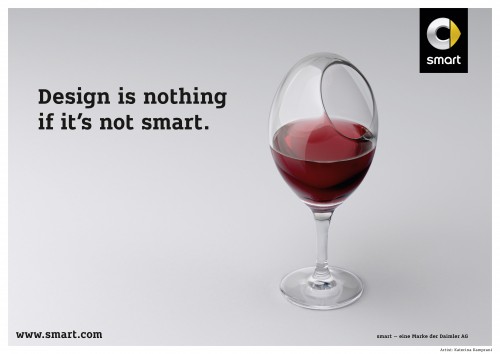 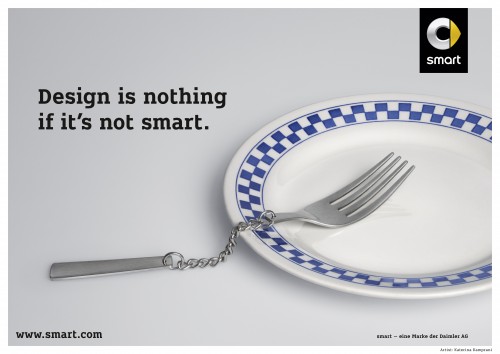 Results
Because this was a brand campaign first and foremost, hard numbers are hard to come by. However, most of the target audience was reached and traffic to smart.com increased appreciably during the campaign period.

Paul Arden was the legendary creative director of Saatchi & Saatchi London iun its glory days. He wrote a book called “Whatever you think, do the opposite.” This is because when you do things that are illogical, the reverse of what is normal, then you look strange. You certainly attract notice and that’s what has happened here. A fork that won’t pick up food, a glass that won’t let you drink.

The objects are interesting enough for you the recipients to want to keep, so they become a reminder of the brand story for months, even years.