Warner Music had to excite DJs and music programme directors about Robin Schultz’s new single “Sun Goes Down”.
The problem was, these people get bombarded every day with new songs and PR notices.

Idea
The world’s first virtual reality mailing used Robin Schultz’s sunglasses – his trademark – and turned them into immersive reality shades.
When the recipients downloaded the corresponding app, they could experience the video in 360°, as if they were there live. 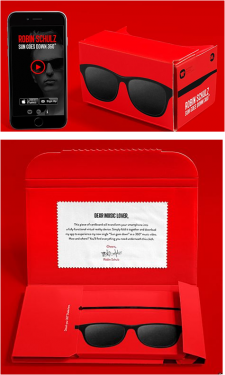 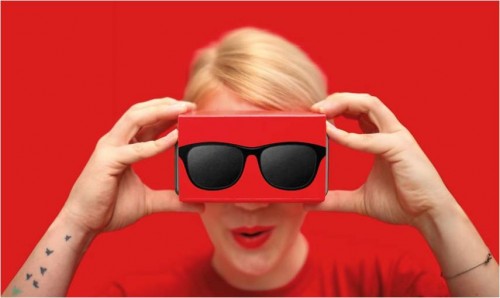 Results
1300 mailings went out. 68% were opened and  the app downloaded and the video watched atleast once.
That was a response 12x the standard response rate to mailing out a new song.
38% of respondents watched the video a further 2-3 times.