When natural disasters happen, it’s widely covered in all media around the world. Misereor, a relief organisation fighting poverty in Africa, Asia and Latin America, used this insight to raise awareness on making donations for an earthquake in Haïti.

They send a mailing to over 500 journalists, persuading them to do more than just report on the misery of the earthquake. Their message was simple and clear: “deeds not words”. Enclosed in the envelope where all of the redundant phrases as loose letters. An eye-opening and strong message one couldn’t ignore. The campaign was therefore a great success! Almost half of the approximately 500 journalists approached responded to this mailing.

A great example of how an ingenious targeted Direct Mail can generate strong emotions and activate receivers to act upon! 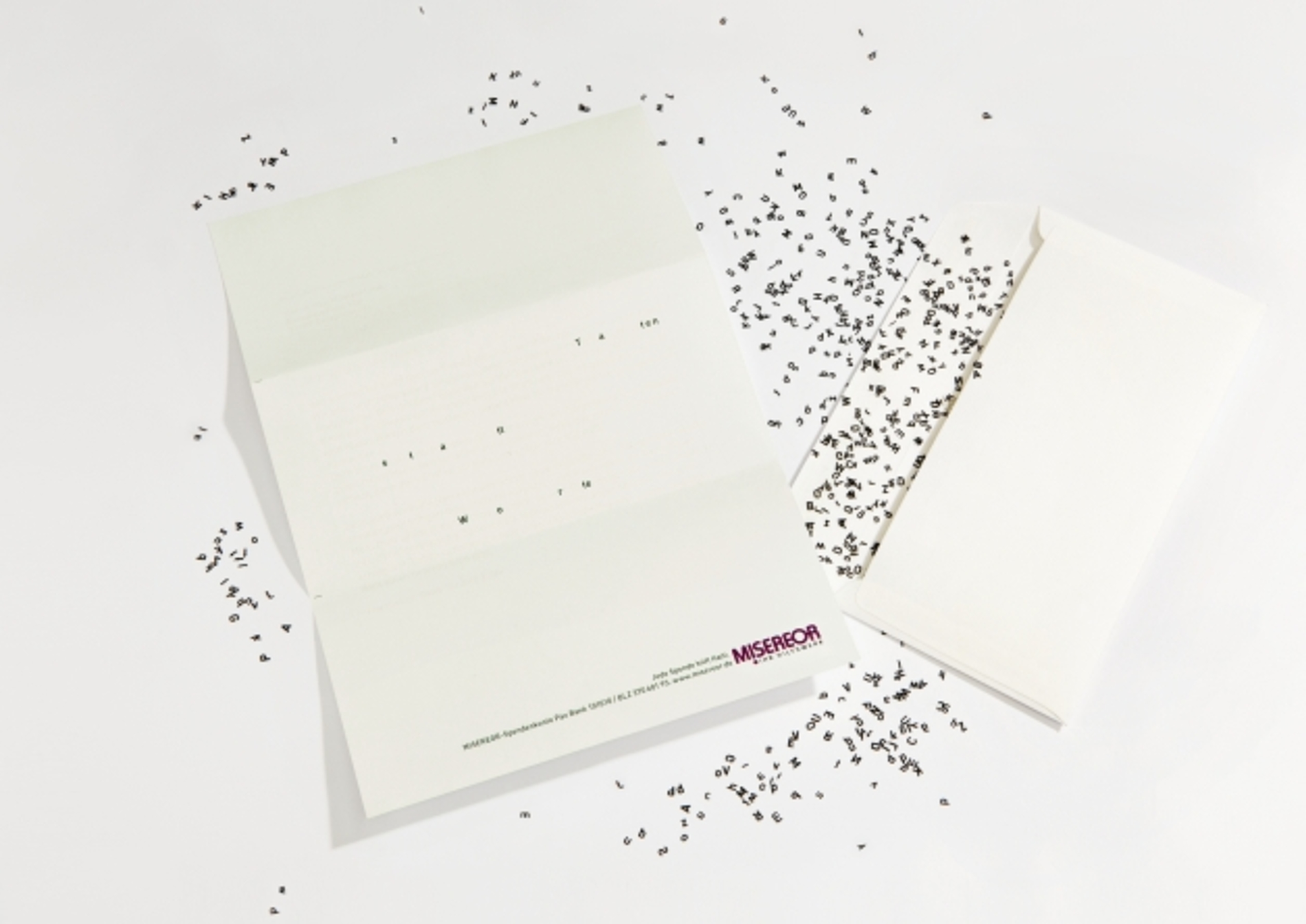