In Portugal, ‘home’ is the very definition of a safe place. Sadly, statistics prove that this simply isn’t true.
And most of the people are ignoring the awful reality about domestic violence.

APAV (Portuguese Association for Victim Support) wanted to raise awareness, showing the truth of numbers,
but also revealing that violence is, most of the times, where least expected, beyond an appearance of normality. 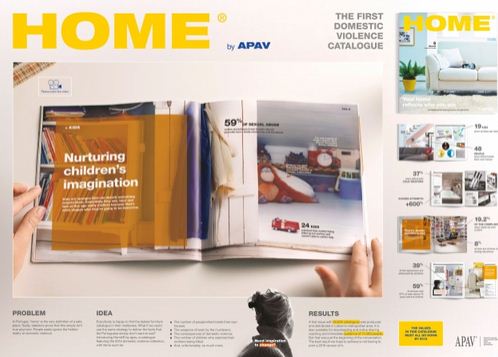 This catalogue helped the victims to recognize the problem and look for help.
It also had a called to action to everyone that knows someone in this condition. As APAV is a NGO,
it needs the society support to help its fight against violence and for for victims’ rights.

The Home® catalogue was more than just a direct mail piece, for them it was a huge statement about domestic violence.